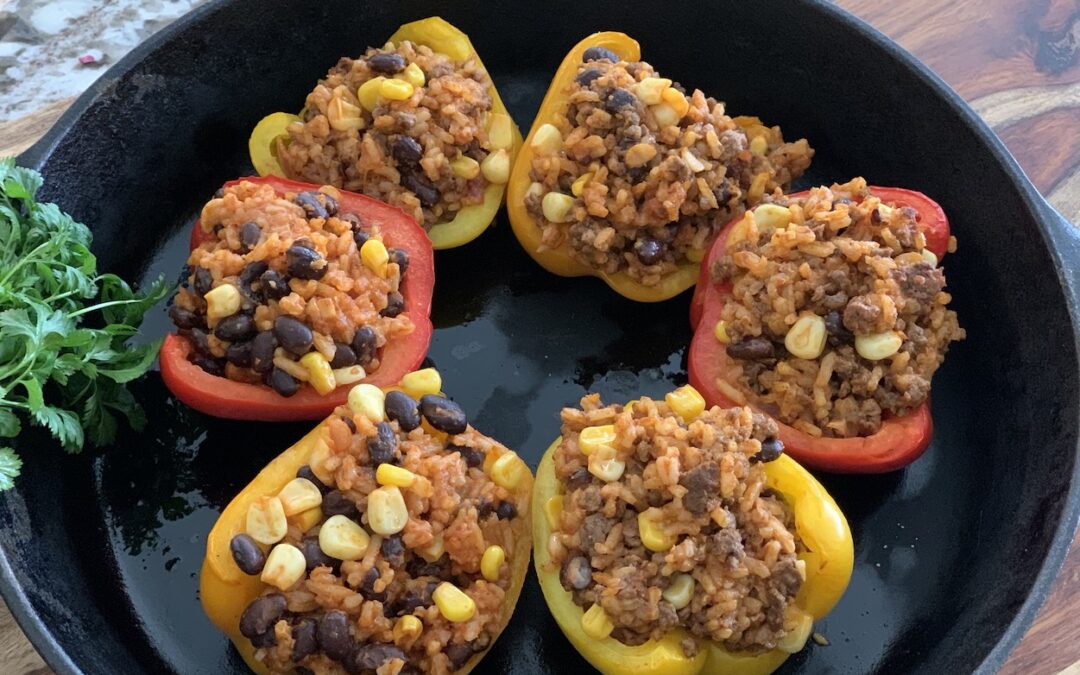 Sweet bell peppers create such a bright and beautiful rainbow of colors!  I had so much fun just taking pictures of them for this recipe! 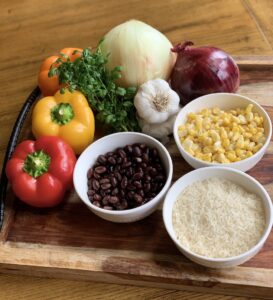 Stuffed peppers are a long-time classic meal, but I wanted to mix things up from my original recipe and give them a Mexican flare.  One of my daughters follows a plant-based diet,  so I made one version with meat and cheese and another without meat and dairy.   Years ago I would cut off the tops of the peppers, remove the seeds, then stuff them from the top.  Inevitably they would fall over because they were quite tall, so now I slice them in half, stuffing both halves individually.  This works much better for me.

These stuffed peppers are easy, delicious, and Gluten-Free!  I like to prepare them in a cast-Iron Skillet because Cast Iron can move from stove-top to oven with ease.   In general, cast iron skillets are a favorite among many cooks because they provide sustained heat, they can keep food warm for quite some time after cooking because they hold-on to heat, and a small amount of iron is absorbed into the food during cooking.  In particular, I like to sear Steak in cast-iron for that nicely chard exterior, then finish the steak in the oven.  It’s easy for me to go on and on about cooking with cast-iron, but in this recipe for Stuffed Peppers, I cooked in cast-iron simply because I thought it would look pretty!

Hope you enjoy them! 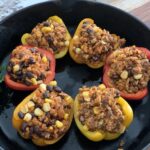